Switzerland’s food and drink company, Nestlé S.A. has recently joined forces with several businesses and government organizations by signing in The New Plastics Economy Global Commitment (Global Commitment) at the Our Ocean Conference in Bali, Indonesia.

Reportedly, The Global Commitment, an initiative of The Ellen MacArthur Foundation and The United Nations Environment Programme (UNEP), aims to rethink the future of plastics by applying the principles of circular economy, eventually recycling packaging materials and plastic wastes. 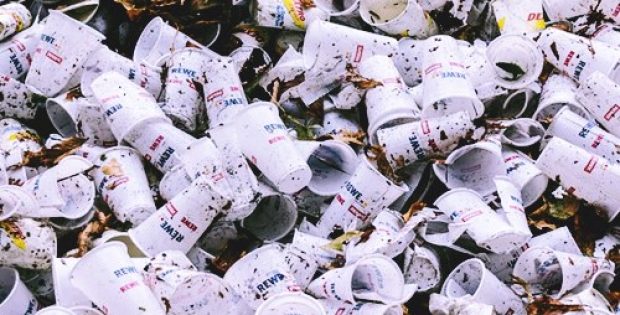 Sources cite that the Global Commitment is a powerful framework that works collectively on solutions that address the root causes of plastics waste and pollution.

According to an official press release, Mark Schneider, CEO of Nestlé claims that the Global Commitment will be an effective step-changing move, much-needed to transform Nestle from a linear to a circular economy business. The company is looking forward on acting on the Global Commitment’s guidelines and further setting up an example for the world regarding plastic recycling, Schneider said.

Reportedly, Nestlé will play its part to ensure that none of its packaging materials, including plastics, would end up in the natural environment such as oceans and beaches, as the company recognizes the need for avoiding packaging material from ending up as waste rather than being recycled, Schneider added.

As per sources, Nestlé, through its recent commitment, aims on make 100% of its packaging recyclable or reusable by 2025.

In a bid to achieve this goal, Nestlé has reportedly embarked on several R&D projects. One of them includes the NaturALL Bottle Alliance, which is focused on developing a 100% bio-based PET that could effectively be used for the firm’s water and drinks business.

Nestlé has also agreed to play its part in the development of a well-functioning collection, categorization and recycling scheme for plastic waste across countries where the firm currently operates.